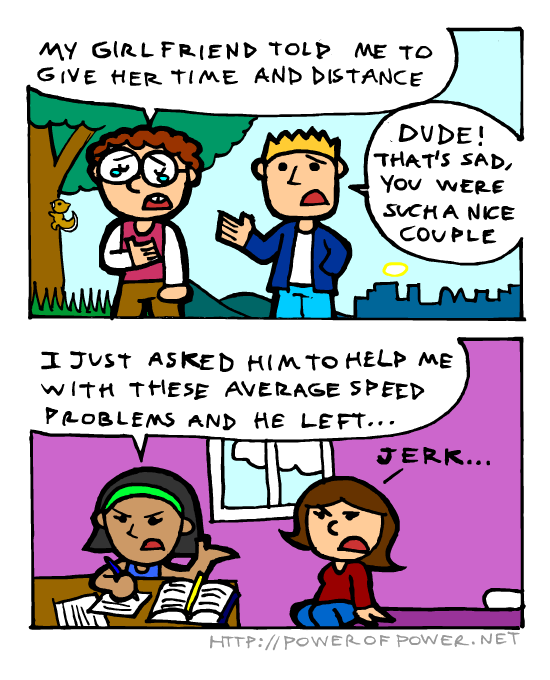 Hey! I added more drawings on the list!
------------------
Version in spanish (Which is my first language, but someone else did the translation XD)
Posted: 13th Jan 2014, 2:29 AM
Keywords: pun, girlfriend, boyfriend, communication, speed, distance, time, breakup
Transcript:
My girlfriend told me to give her time and distance
Dude! That's sad, you were such a nice couple
I just asked him to help me with these average speed problems and he left...
Jerk...

I did an experiment to find out which color is the easiest to remove from sketches. I used red, green and blue because those are actually the basic ones used in image files. This is the original image that I scanned:

Now this is the red channel of the same image:

This is the green channel:

And this is the blue channel:

It seems that red is the better option, at least with the specific tones I have available, which is weird because everybody uses blue (at least that’s what I’ve heard).