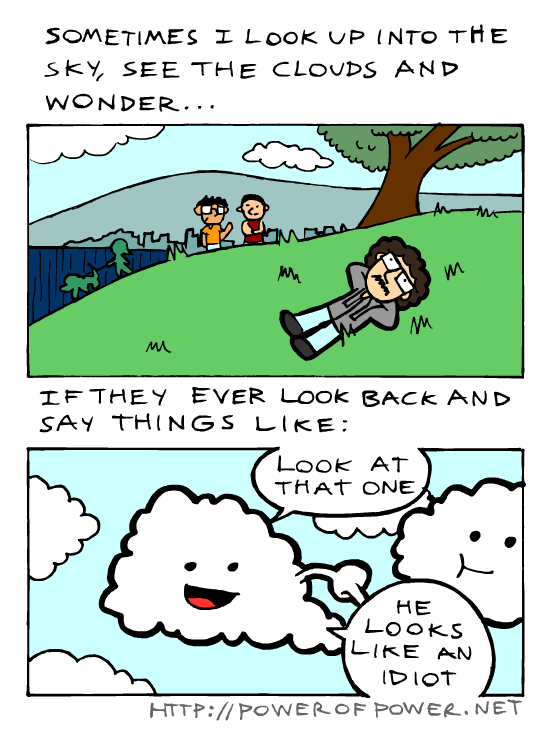 That's why I yell at clouds...

I used to rest in the grass and watch at the sky a lot... It was a nice thing to do when you and some friends had just been punched in the face by a wild test and just wanted to do nothing... Sometimes the peacefulness of the moment would be interrupted by the most random thoughts like a friend who said he didn’t wanted to look at the sky anymore, he was afraid he would fall (that’s a really weird vertigo, dude) or that time a friend asked himself why sometimes you can see the Moon during daytime and then with al conviction he said “I think there are two moons” (we still make fun of him). I guess that’s something that inspired this comic.

Transcript:
Sometimes I look up into the sky, see the clouds and wonder...
If they ever look back and say things like: Look at that one, he looks like an idiot