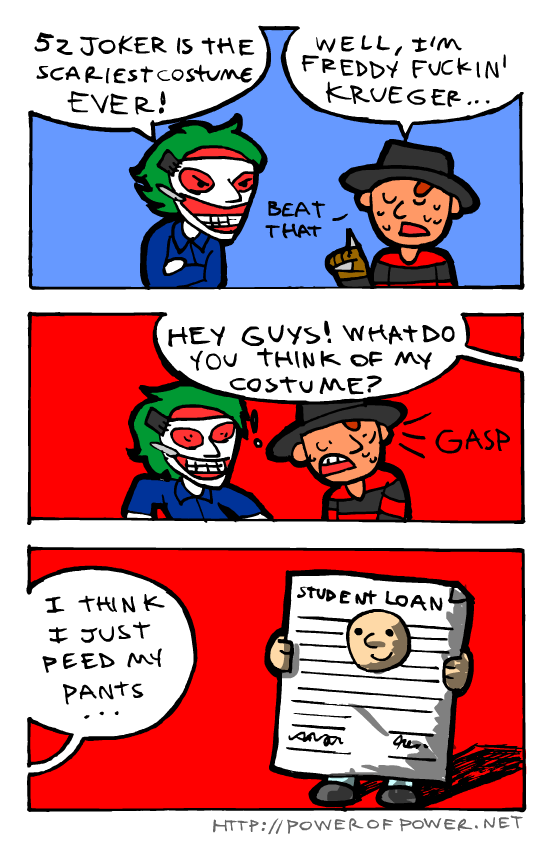 I did this comic for Halloween 2013, I remember the 52 Joker had just became a viral thing, cosplay, comics, memes everywhere... and it was obviously going to be a Halloween costume, so I wanted to do something with it. I wanted to include Freddy Krueger too because he fucking scared the crap out of me when I was 12 or something... I was also paying a student loan, so I just thought it would be funny to say: gore is not even scary anymore... You know what’s scary? adult responsibilities *scary gesture*

Transcript:
52 Joker is the scariest costume ever!
Well, I'm Freddy f****n' Krueger... beat that Hey guys! What do you think of my costume? *gasp* I think I just peed my pants... Student loan