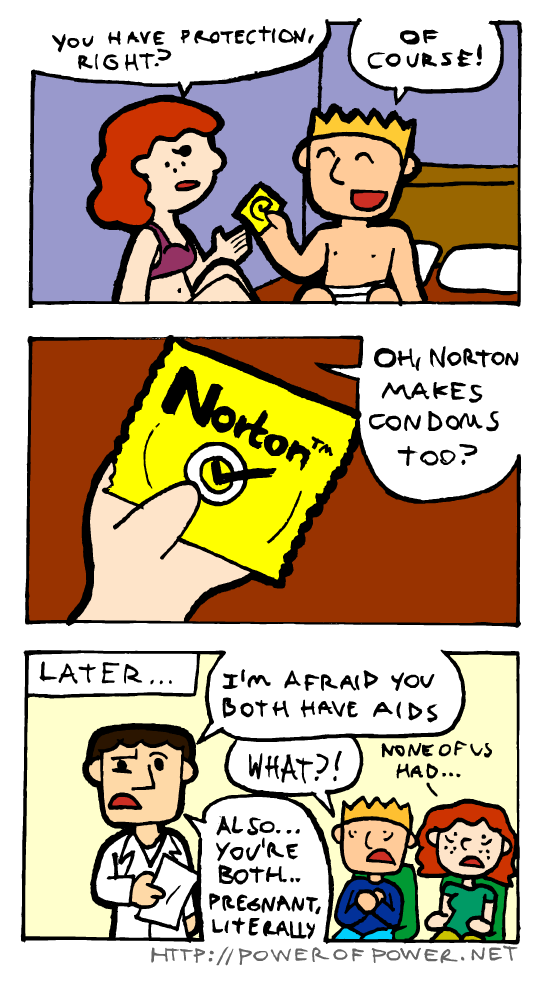 Curse you Norton! Curse you!

I was thinking about what to do for that week’s comic while walking on a store, looking for video games and movies and stuff, I thought, I have to add some sex to Power of Power some way, but I didn’t wanted it to be some plain sex joke, that sucks…and suddenly, I saw a Norton Antivirus box and thought, who buys that damn bloatware?! I mean if it was a condom It would not just not protect you, it would CAUSE STDs! Right? There you go... This comic was popular practically everywhere I submitted it, so it won it’s place as the best comic from Power of Power until now!

Transcript:
You have protection, right?
Of course! Oh, Norton makes condoms too? Later... I'm afraid you both have AIDS... What?! None of us had... Also... you're both... pregnant, literally